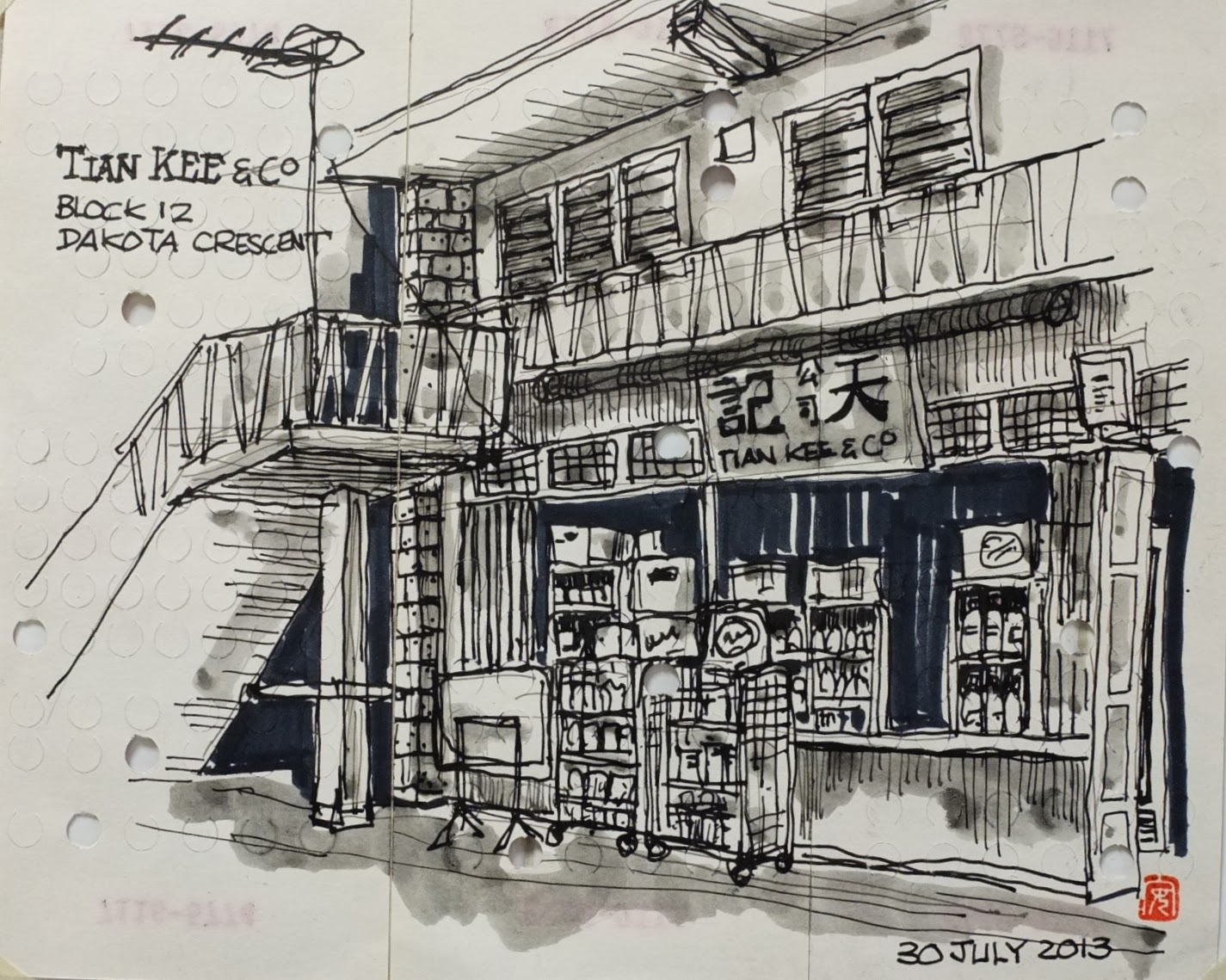 Sketched on the back of 3 used parking coupons with Namiki Falcon pens and Noodler's Lexington Gray Ink.

FOR the past 54 years, Tian Kee provision shop at Block 12 Dakota Crescent has been a constant presence in the neighbourhood.
Kids bought tidbits, thirsty joggers stopped for cold drinks and residents purchased essentials such as oil and bread.
But like many other traditional provision shops, Tian Kee, one of the oldest of its kind in Singapore, has shut its doors.
"I'm old and it is time to retire," said 84-year-old shop owner Lim Tian Han, who wound up his business this week.
"It's time to take a step back and enjoy life."
Business at the provision shop, where huge biscuit tins and rusty shelves of essentials adorned the storefront, fell after a supermarket opened across the street "a few years ago", said Mr Lim, who ran the business with his 76-year-old wife.
Rising rents and fewer residents in Dakota, a quiet neighbourhood of mostly rental flats opposite the Old Airport Road hawker centre, also made it hard to cope.
"Supermarkets have so much to offer, and we have only a limited amount of goods, we simply can't compete," he said.
The Singapore Provision Shop Friendly Association has fewer than 200 members, down from the 1,262 members it had in the seventies, according to statistics from the National Heritage Board.
Yet, for Mr Lim who left Muar in 1958 to come to Singapore, his humble shop enabled him to raise four children. "It's more than I can ask for," he said.
In the next few days, the iconic blue sign bearing Tian Kee's name will be taken down from its shopfront. A heritage buff has bought it, said Mr Lim, declining to reveal the price, or the identity of the buyer.
MP for Dakota Crescent Lim Biow Chuan said that Tian Kee's Mr Lim had approached him for help when the Housing Board increased shop rentals some time ago.
He appealed to the board on Mr Lim's behalf and managed to cap the increase, allowing it to be staggered over three years.
The provision shop, located beside two traditional Chinese medicine clinics, has been a landmark in Dakota Crescent and residents "will miss its presence", said the MP.
"Mr Lim always has time to chat," said customer service officer Jessica Tan, 31, a resident who frequented Tian Kee.
"You don't get that at supermarkets these days, it's just buy and go."
Added 58-year-old retiree Choo Ming Yi, another Tian Kee regular: "I'll miss my regular chats with Mr Lim when I buy things from him. This neighbourhood wouldn't be the same without Tian Kee." 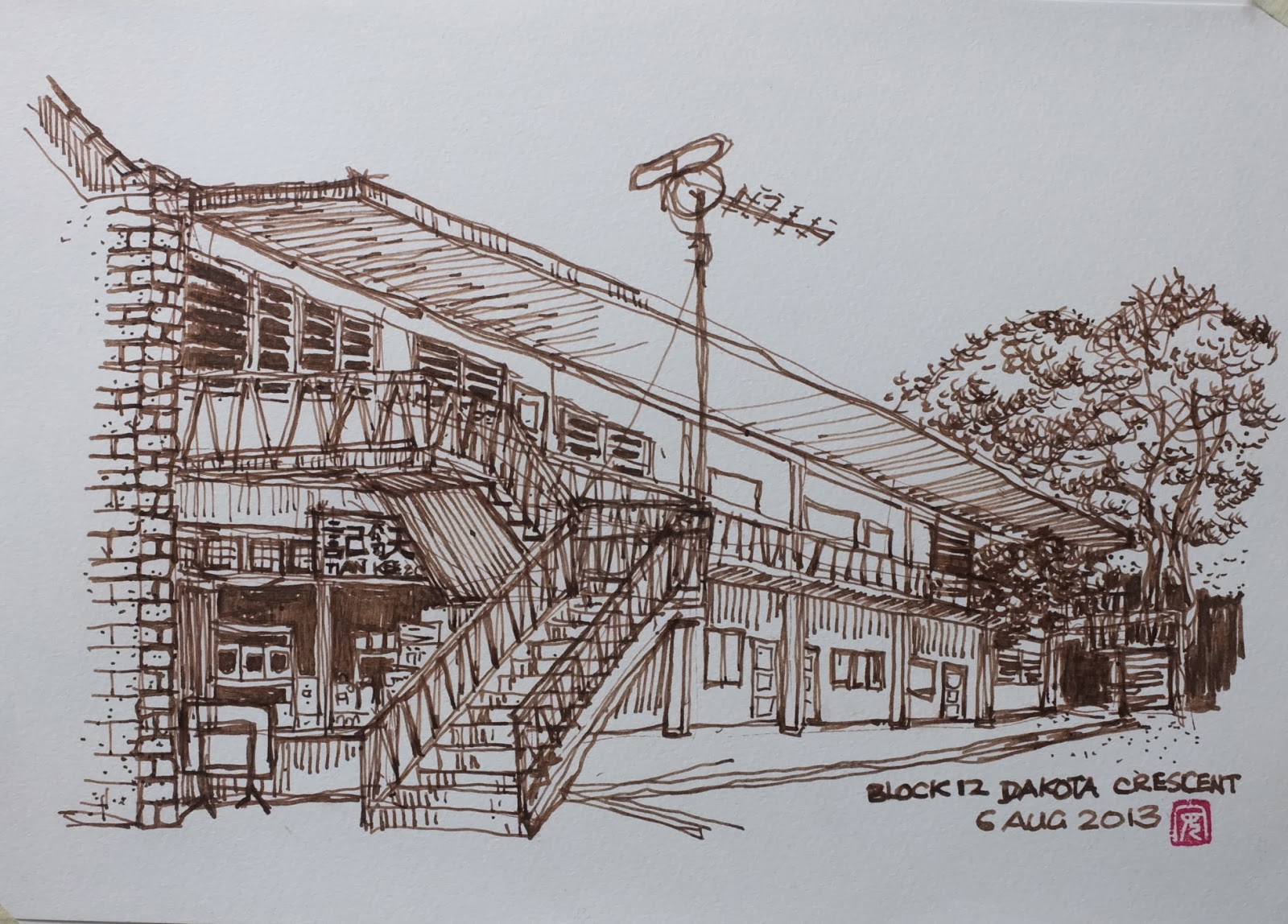