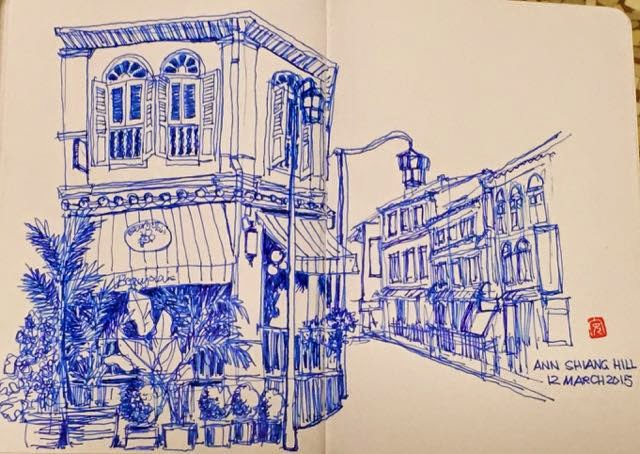 Ann Siang Road, in Chinatown, begins from a road known as Ann Siang Hill and ends near the Ann Siang Building and the historical site of Anglo-Chinese School. Named after Chia Ann Siang (1832 - 1892) who was a businessman, both the roads are situated atop a hill known as Ann Siang Hill and lie within the Central Business District. HistoryAnn Siang Hill was originally known as Scott's Hill and was owned by Charles Scott who cultivated a nutmeg and cloves estate on it. He sold it to John Gemmil who re-christened the place as Gemmil's Hill. The hill's name was changed again when it came to be owned by Chia Ann Siang, around the turn of the 20th century and the hill was renamed as Ann Siang Hill. A Cantonese burial ground, one of the oldest Chinese burial grounds in Singapore, used to be located at the foot of this hill where it met Mount Erskine and was in use until 1867. This graveyard was exhumed in 1907 and a portion of it was developed as a part of the Telok Ayer reclamation project. In the 1890s, when this hill was known as Gemmil Hill, a Malay college and high school was moved to this place from Telok Blangah to provide education to the son of the Temenggong of Johor and other young tungkus and ungkus. Apparently Ann Siang Hill and Ann Siang Road, being situated atop a hill, did not probably share the camaraderie of the 19th century Chinatown with its hustle and bustle and was a rather quiet, predominantly residential, place. The roads, presently, are under the Chinatown conservation area.DescriptionBoth Ann Siang Road and Ann Siang Hill are today still lined with quaint old restored shophouses and richly decorated terrace houses. Most of these buildings were constructed between 1903 and 1941 and are today home to offices and enterprises. The layout of the streets are informal. Eating places, commercial units, trendy bars, restaurants and eating places on the streets have made the roads popular upmarket places. Efforts are being done by the Singapore Tourism Board to boost tourism and bring business to leisure pursuits such as the bars and eating places located here. The Damenlou Hotel, a small hotel opened in the 1994, is located at the junction of Ann Siang Road and Ann Siang Hill. Ann Siang Hill Park in the vicinity of the road, constructed in early 1980s, was renovated in 2003. The first Anglo-Chinese School in Singapore is located in the vicinity of Ann Siang Road at number 70, Amoy Street. Started by Methodist missionaries on 1 March, 1886, it is now called ACS House and has been gazetted as a historic site since the late 1990s. Another historic site, the original building of the Pondok Peranakan Gelam Club or Pondok Gelam, is located at Club Street near Ann Siang Hill. Home to a Bawean-Malay community from 1932 to 2000, this last pondok building in Singapore was declared a historic site in 2000.AuthorNaidu Ratnala Thulaja 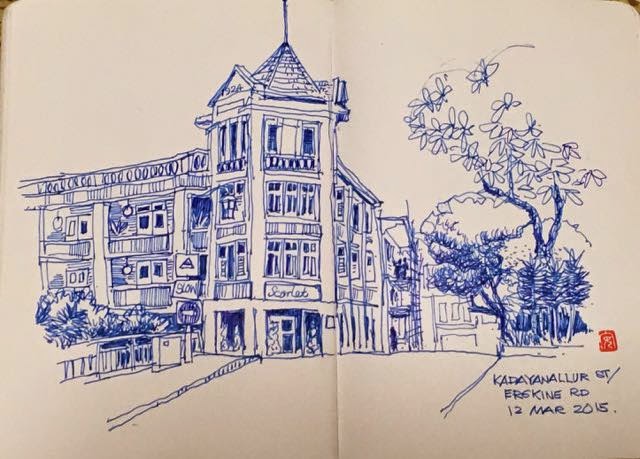 Posted by Francis THEO at 23:17 No comments: